Box Canyon Creek is an important place. It is the only site where a genetically distinct population of threatened bull trout spawns (lay eggs) and rears (grow up into big bull trout). There are only three bull trout populations left in the upper Yakima Basin and all of them are in decline.

The creek is a tributary to the Kachess Reservoir – 6 miles northwest of the dam and adjacent to the Forest Service’s Kachess Campground. There are approximately 1.6 miles of habitat available for spawning and rearing bull trout. A natural fish barrier, Peekaboo Falls, limits their ability to travel at the upstream end. The area above Big Pool Falls (RM 0.8) contains the best spawning gravels and is where we find the most bull trout redds (fish nests).

A 2016 population and habitat survey revealed that the area did not have enough large wood in it. The survey also found very few rearing bull trout even though there were a lot of redds the previous year. Biologists believed that high flows were pushing young fish out into the lake too early. Knowing this was a problem, we worked with our partners and stakeholders to figure out how we might create a better home for bull trout.

When young bull trout reach the lake before they are mature they rarely survive. They are vulnerable to predatory lake-dwelling fish such as burbot and pikeminnow. Additionally, the reservoir does not contain good food sources for the young fish. They need large wood, which provides refuges in fast-moving water. Large wood also provides shelter from predators and attracts food (insects). When large wood is present, it increases the likelihood that these fish will survive as they enter the reservoir.

For this project, we put large wood in the creek to create a better home for bull trout. With the support of our partners, we used a helicopter to move over 400 large pieces of wood placing it in locations identified by biologists. We expected that the wood would move when the creek flooded and it proved to be the case. Large flood events the following winter formed large log jams in Box Canyon and created great habitat for bull trout.

A huge thanks to our partners Mid-Columbia Fisheries Enhancement Group, Yakama Nation, US Fish and Wildlife Service, WA Department of Fish and Wildlife, and the USDA Forest Service Cle Elum Ranger District for supporting this project!

For more information on the project, you can visit the Washington State Recreation and Conservation Office’s Project Snapshot: https://secure.rco.wa.gov/prism/search/ProjectSnapshot.aspx?ProjectNumber=17-1171 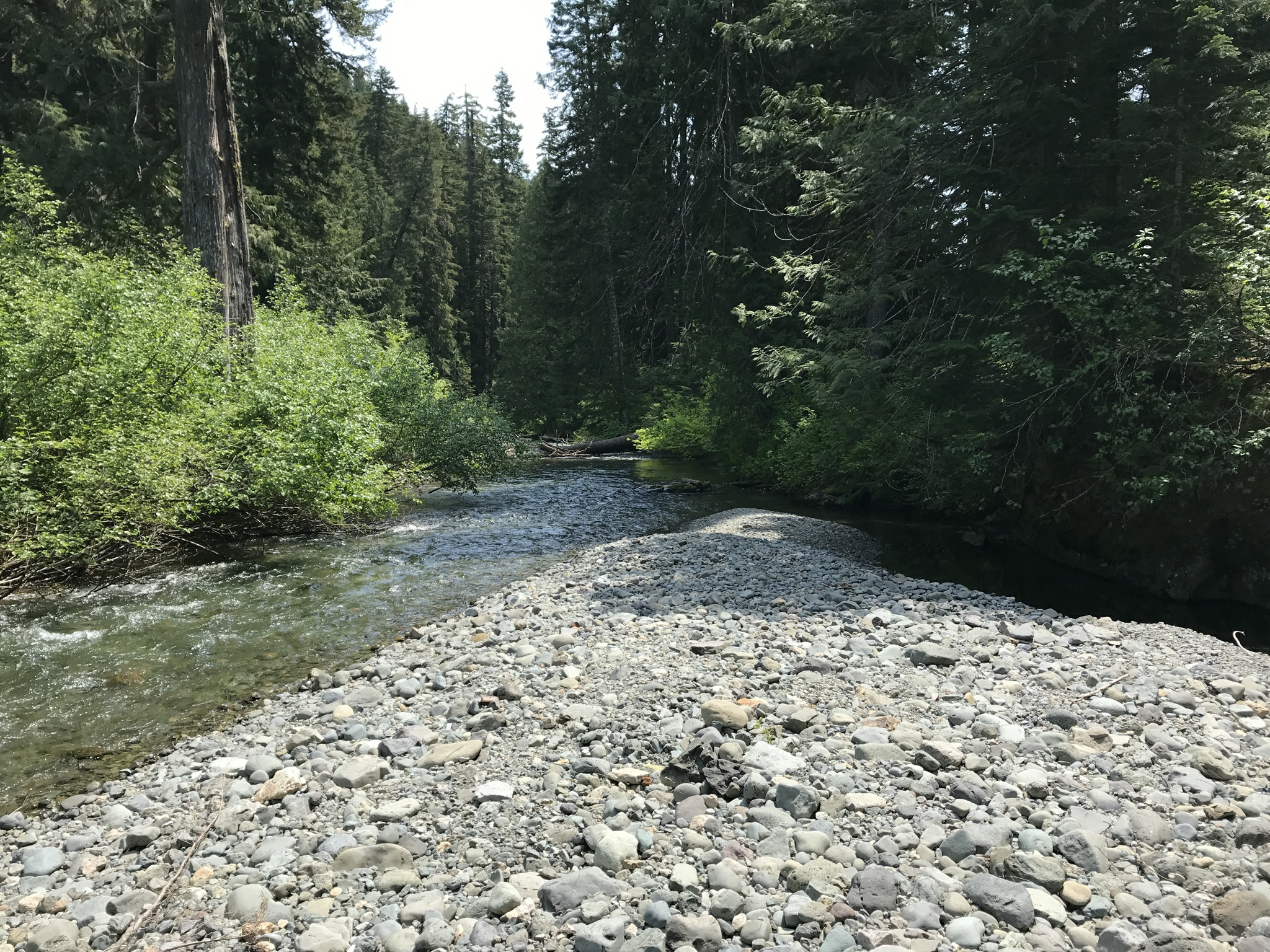 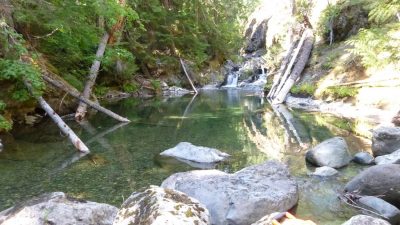 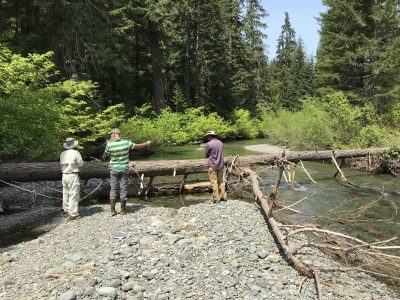 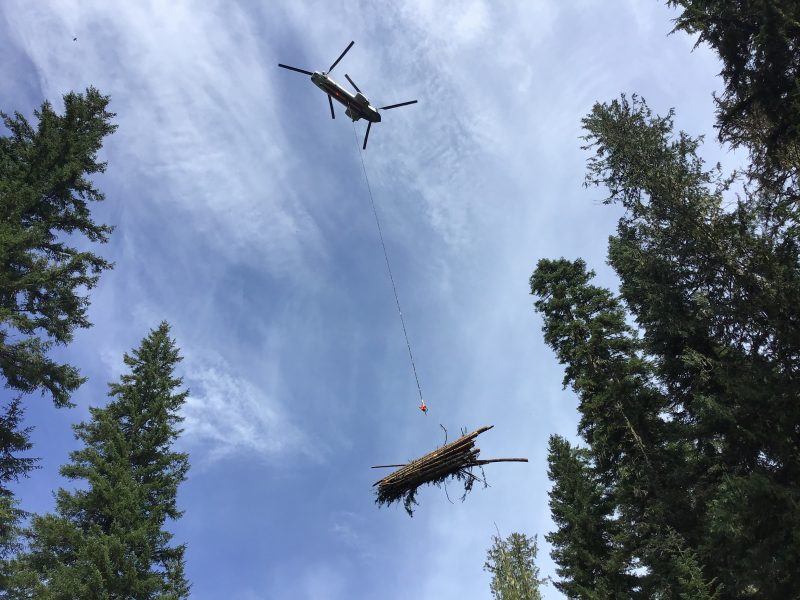 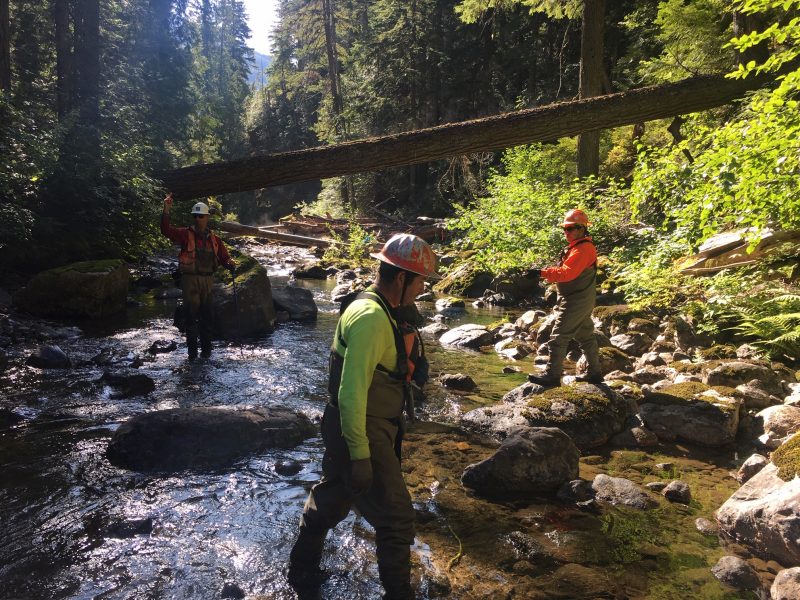 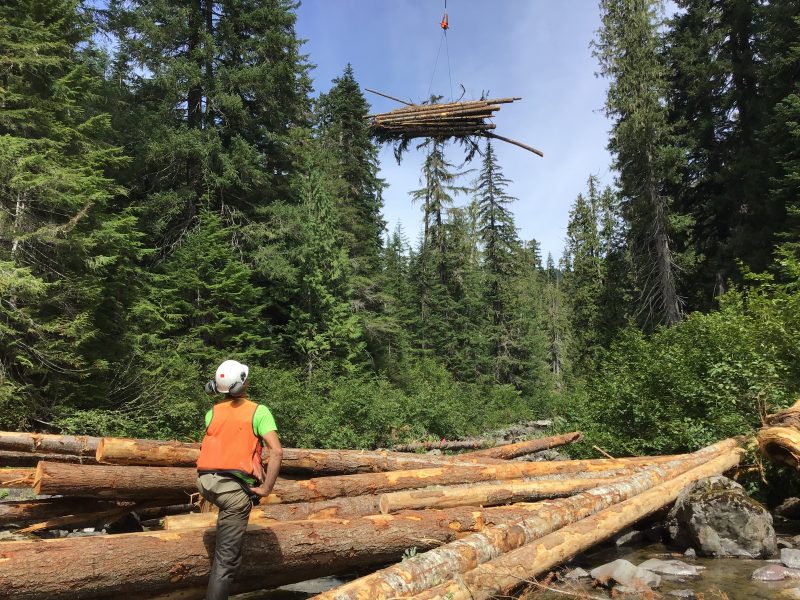 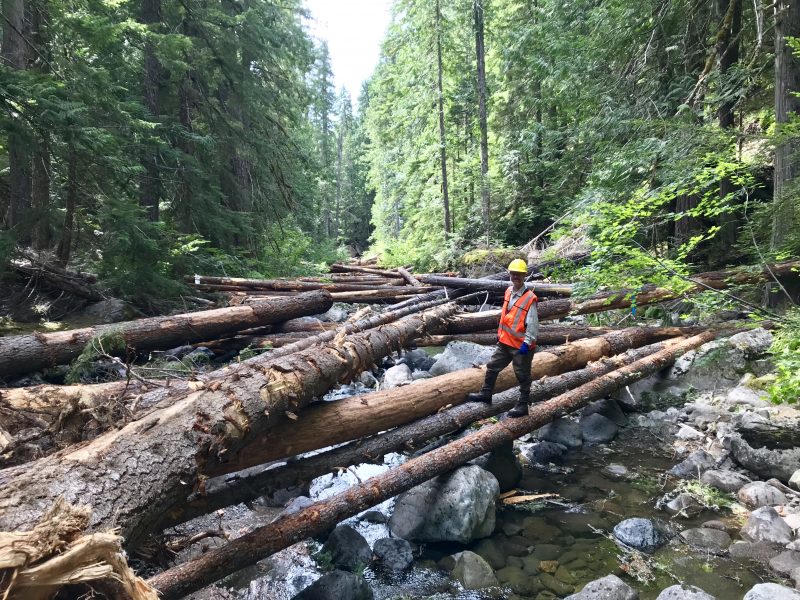 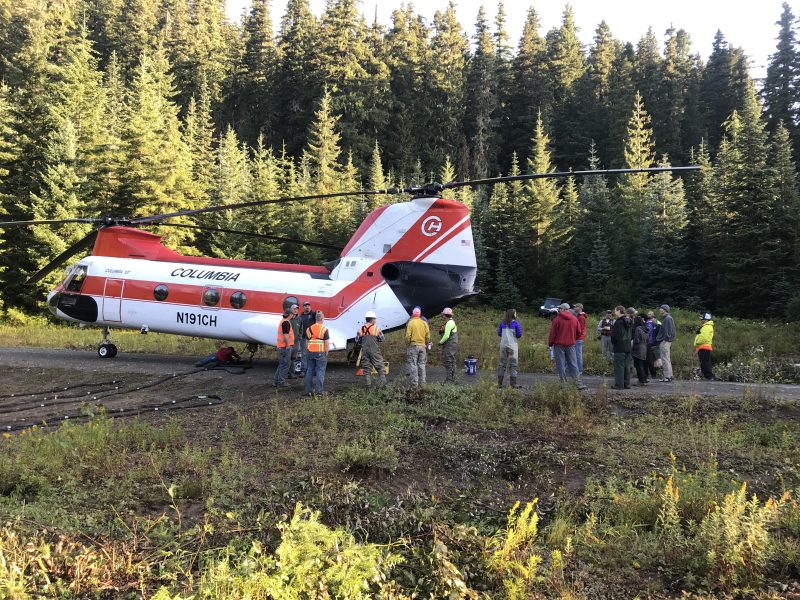 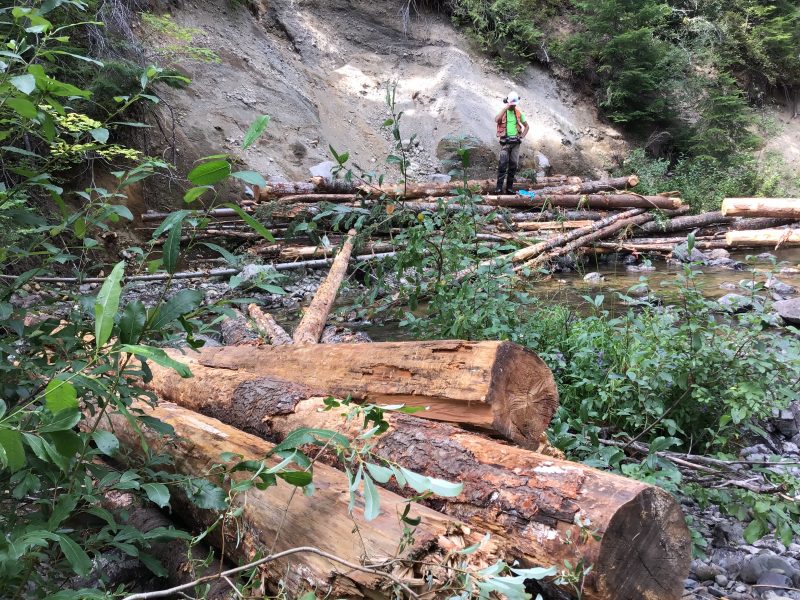